First of all, the Bisbee mine “the Lavender Pit”, near Bisbee, Arizona, is one of the more famous of the American mines because Bisbee turquoise is one of the first put onto the market. Consequently, the Arizona turquoise mine is part of the Bisbee copper mine (The Copper Queen), the main operation of the site. Most notably, Bisbee turquoise has a reputation as a hard, finely webbed or dendrite, high blue stone, known for its “chocolate brown” matrix. Incidentally, Bisbee Turquoise also comes in a beautiful green color. Also, most of this turquoise has already been mined and what is left is in limbo due to circumstances with the copper mining in the open pit, it is one of the most highly collected stones. Interestingly, most jewelry being made with this stone today is being made through old “stashes” or collections. Consequently, Bisbee Turquoise Jewelry is some of the most desirable jewelry on the market. 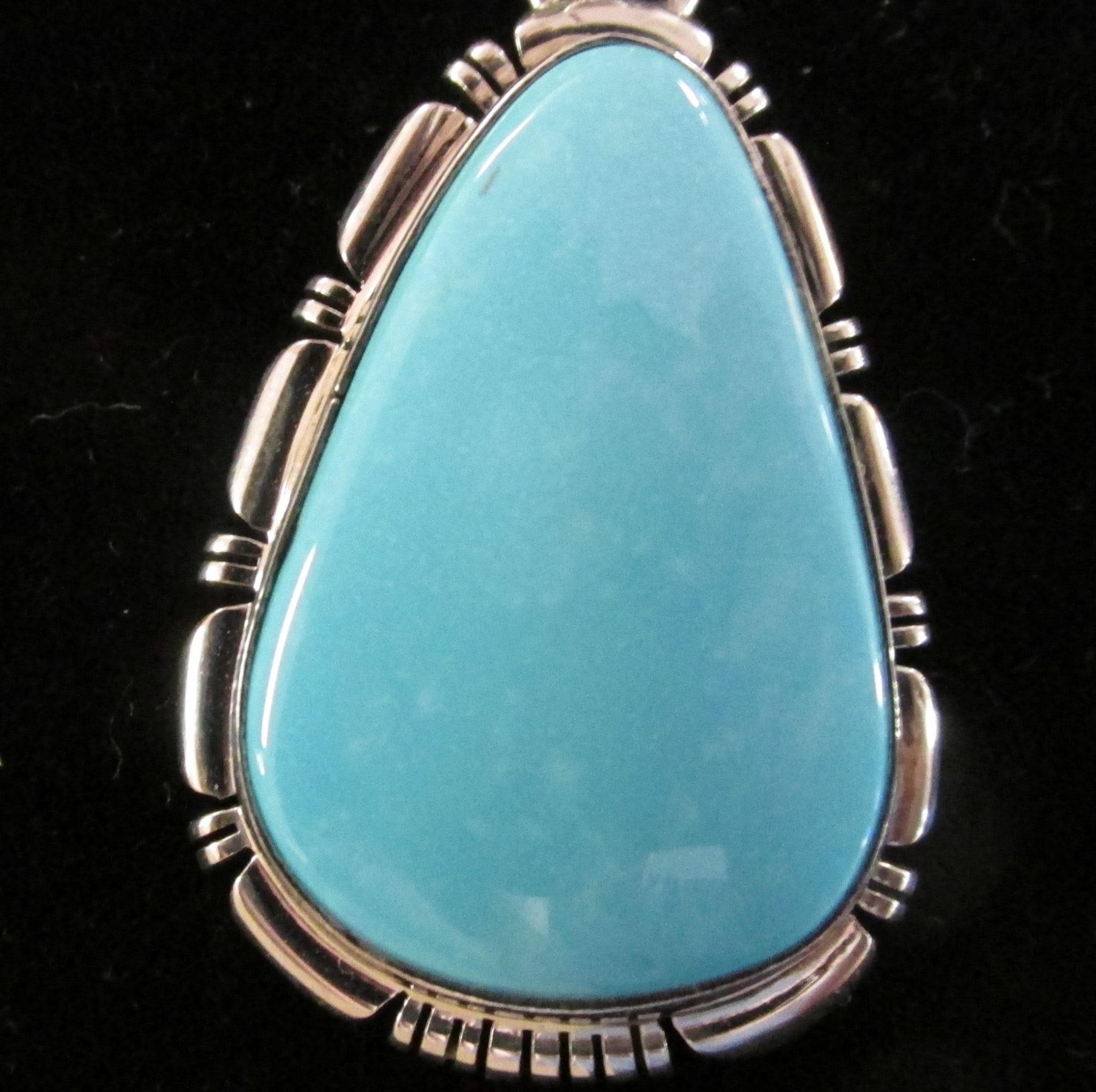 In particular, most of Arizona’s turquoise mines are actually large open pit copper mines and the miners lease the turquoise deposits. Due to this fact, many mines are no longer producing, due to the cost of insurance that the copper companies have to pay in order to let the mineral miners work in the mine. In general, the company or person with the lease is called in to mine the turquoise when they hit a pocket of it as they are copper mining. Indeed, this is a mine that is very active back in the 1970’s.

The Kingman Turquoise mine in northwestern Arizona was one of the largest turquoise mines in North America. The terms “Kingman” or “high blue” refer to the blue color usually displayed in this stone. It has become a color standard in the industry. The mine became famous for its rounded, bright blue nuggets with black matrix. Few turquoise mines produced nuggets, especially of this quality. Old natural Kingman Arizona Turquoise is rare.

Morenci Turquoise is mined in southeastern Arizona. The Morenci Turquoise mine produced some of the finest Turquoise that has ever come out of the ground! It is high to light blue in color. Some rare highgrade is a super dark blue naturally. Morenci has an unusual matrix of irregular black pyrite that, when polished, often looks like silver. Morenci turquoise is well known because it was one of the first American turquoises to come on the market. It is also very well known for its high grade. The Morenci Turquoise mine also produces turquoise with a wonderful “Birdseye” or “Water Web” matrix pattern. Some of the Turquoise has rare quarts matrix. It is very difficult to obtain now because the mine is depleted. Morenci is a very collectible turquoise.

There were three different locations all called the Blue Gem mine, and each produced a great variety of turquoise, from intense blues to deep green combinations with a hard, irregularly distributed matrix. While there are other mines in Nevada of the same name, the Battle Mountain Blue Gem mine& the Tonapah Blue Gem Mine, which began production in 1934 and is now closed, yielded the most valuable Blue Gem turquoise because of its rich color and its hardness. It is greatly desired by collectors. 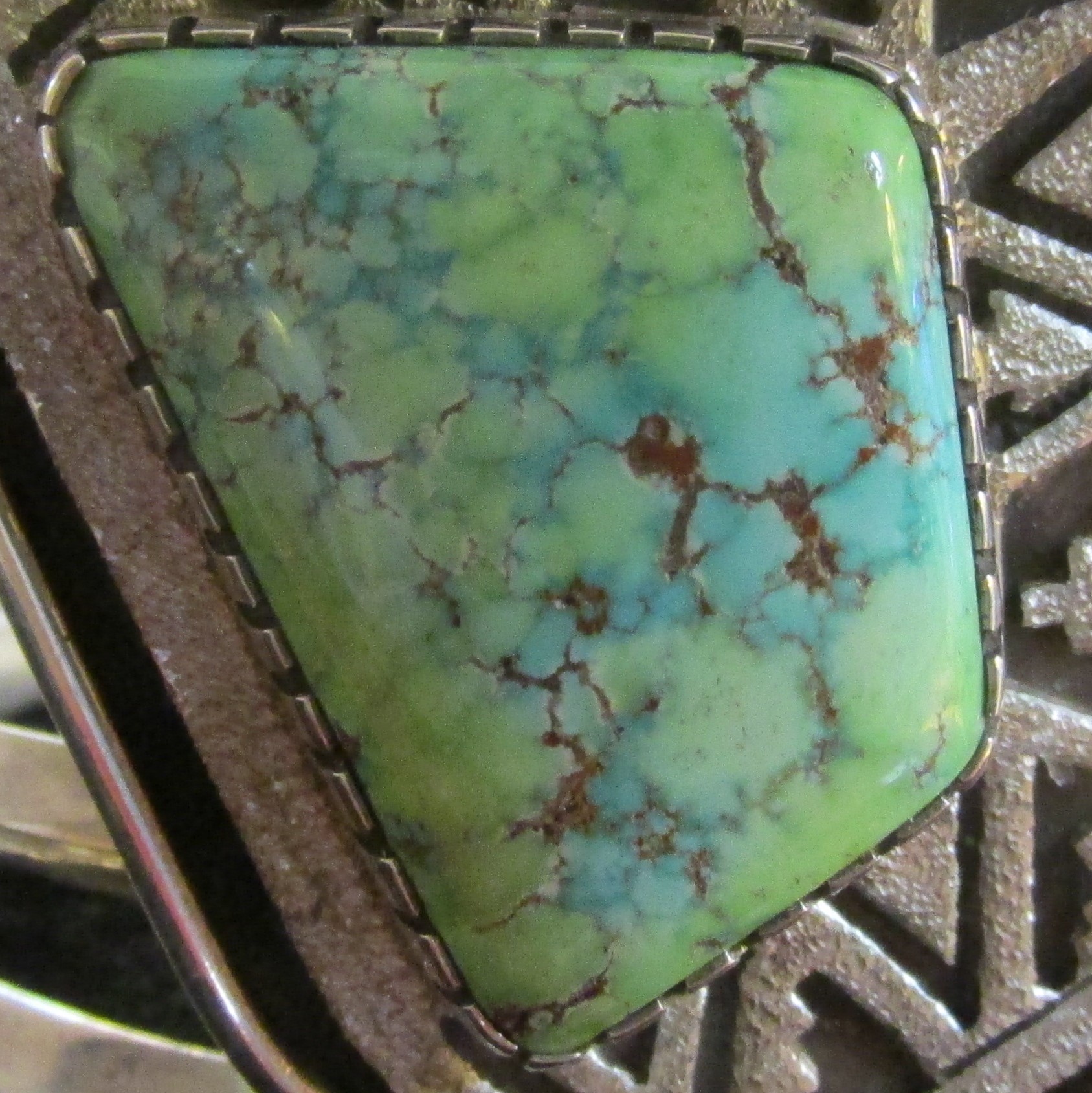 Carico Lake turquoise is named after the location of its mines on a dried up lake bed in a high, cool area of Lander County, Nevada. This famous old Turquoise mine produces mainly a light blue color Turquoise that sometimes has a light brown spiderweb matrix. The Carico Lake Turquoise mine also produce Turquoise with black matrix as well. The Carico Lake Turquoise mine is most famous for its Lime Green Faustite, which most people call Lime Turquoise. Its clear, iridescent, spring green color is due to its zinc content and is highly unique and collectible. Carico Lake turquoise is also found in a dark blue-green color with a black or brown, spider web matrix. The less common lime green turquoise which is suspect to actually be predominantly faustite, is very very valuable due to it rarity and demand. It is hard material. This mine is also known to produce rare psuedomorph clams that are filled with turquoise.

Royston turquoise comes from the Royston Mining District outside of Tonapah, Nevada. This turquoise is typically green with brown matrix. The Otteson family own most of the mining claims in this area. 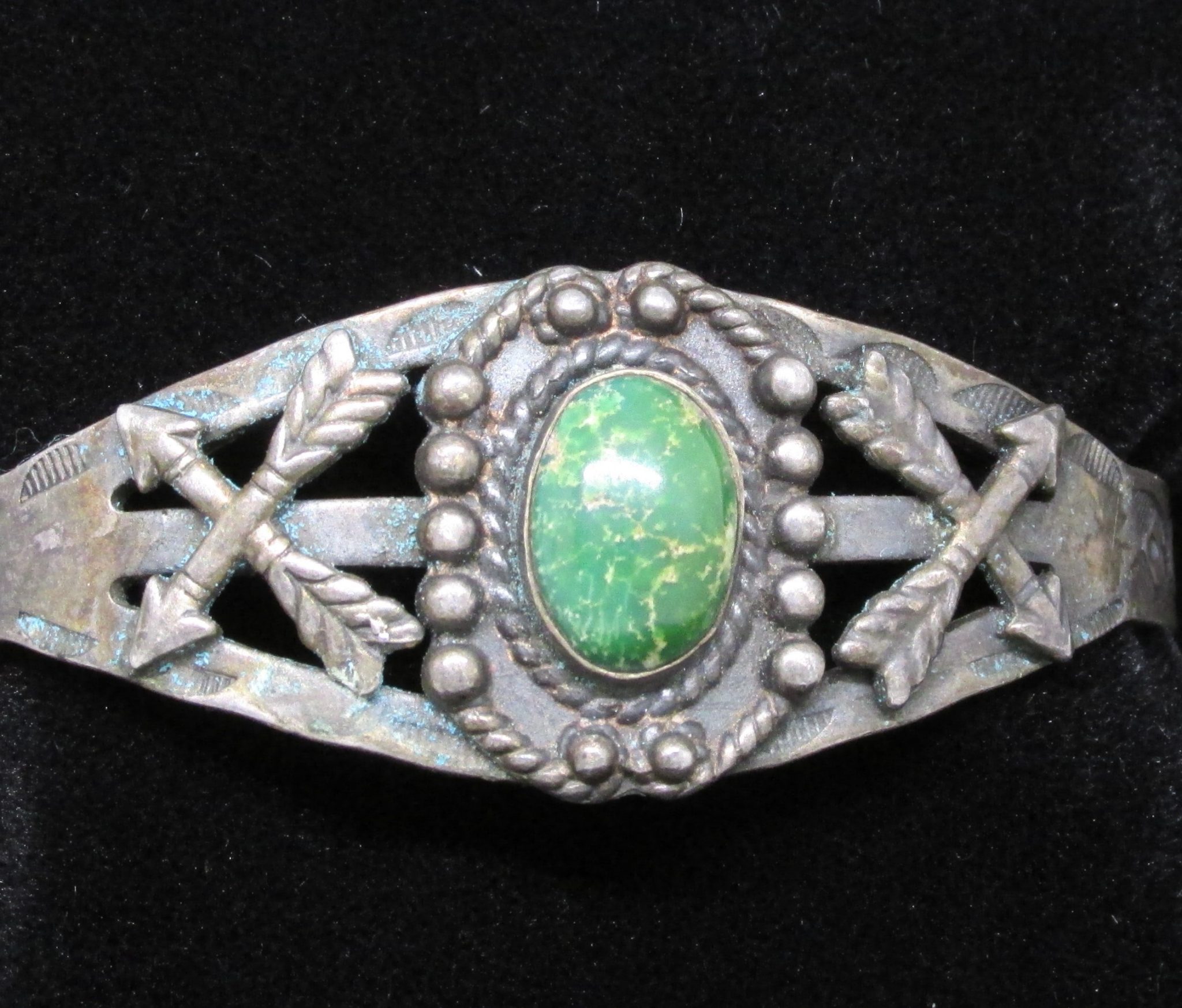 Cerrillos is not only an uncommon and unique form of native New Mexican turquoise, but has a history entwined with both ancient Native peoples of the Southwest and more recent American mining companies. Cerrillos turquoise was created and mined under unusual circumstances. It is the only turquoise that formed at the base of a volcano. Thus, a variety of colors developed from the minerals in the various volcanic host stones. In fact, the Cerrillos New Mexico Turquoise mines produce seventy-five colors, from tan to khaki-green to rich, blue-green to bright and light colors. Cerrillos is a very hard stone and so takes a brilliant polish.In addition to producing a distinctive stone, the Cerrillos mine is the oldest mine of any kind in North America. Located ten miles south of Santa Fe, it was the site of the largest prehistoric mining activity on the continent because the huge turquoise deposit was partially exposed at the surface. Miners from the San Marcos Pueblo, who later moved to Santo Domingo Pueblo south of Santa Fe, most heavily worked the mine. Using only stone axes, mauls, antler picks, and chisels, Pueblo miners removed 100,000 tons of solid rock to create a pit mine 200 feet deep. They dug other vertical shafts into the ground to reach veins of turquoise. Miners carried tools and leather rock buckets on their backs as they climbed in and out of the shafts using notched logs as ladders. The turquoise obtained from this hard work traded among early peoples from Mexico to the Midwest and from the east to west coasts. In New Mexico, many pieces of Cerrillos turquoise for personal and trade use have been unearthed in the prehistoric ruins of Pueblo Bonito in Chaco Canyon. The Pueblo peoples continued to extract turquoise from the Cerrillos mine until the 1870’s when a silver mining boom raised interest in the area. The Tiffany Company in New York and its associates bought up the mine area and extracted $2,000,000 worth of turquoise between 1892 and 1899.

Finally, the Hachita turquoise mining activity dates from pre-historic to 1905. Also, like Tyrone turquoise, Hachita collectors know this variety as “Azure”, but also by many other names. It is in New Mexico. You will find a bit of Hachita in Turquoise Jewelry today and vintage turquoise jewelry. Hachita is one of the harder New Mexico Turquoise Mines to get turquoise from.